Sri Ramakrishna (1836-1886) was born in India at an important juncture of human history, as the old order of human society was about to give way to a more inclusive one. His unique experiences in realizing Unity of Godhood and Harmony of all Religions were successfully unveiled in Chicago in 1893 to the greater civilized world by his illustrious disciple Swami Vivekananda(1863-1902). The Religious Order founded in India by the Swami in 1897 to perpetuate and energize the spiritual bequest of his teacher for the good of all mankind was named The Ramakrishna Mission. Branches of the Order in the Western World is known mostly as ‘Vedanta Center’ or ‘Vedanta Society’ and they are primarily dedicated to the propagation of the universal spiritual message of India, also called Vedanta.  The Vedanta Center of St. Petersburg was added as a branch of the Order in 2005.

The Vedanta Center of St. Petersburg

Rev. Malcolm Panton and his wife Earnly came to St. Petersburg in 1951, when Rev. Panton accepted the job of the Minister at the Church of Spiritual Philosophy. Both were serious students of Swami Nikhilananda of Ramakrishna Vivekananda Center in New York City. Relocating the church in 1958 to its present home and renaming it as the Church of Spiritual Philosophy and Vedanta Center, the Pantons worked together to introduce Vedanta to Western students. After the Pantons’ passing, Rev. Panton in 1976 and his wife in 1983, the members of the congregation, under the leadership of Swami Adiswarananda of the New York Center, requested recognition from the Ramakrishna Mission as a branch of the Ramakrishna Order. Since becoming an official branch of the Order, the Vedanta Center of St. Petersburg has had a monk of the Ramakrishna Order in residence to conduct regular services and classes. The Vedanta Center of St. Petersburg has the distinction of being the only branch of the Ramakrishna Order in the whole Southeastern area of the United States.

Activities of the Center

The Center is open to the public four days a week when classes and services are conducted. In addition, special annual celebrations are observed. Classes remain suspended during the summer months of July and August every year. A week-long summer camp in July and occasional local day retreats are popular among the members of the Center. The center is very active in supporting the city’s homeless through regular large donations to the local food bank. In addition, funds have been raised to support worthy causes in other countries. A modest bookstore is stocked with religious books and incense. A small library of religious books is housed in the residence. The Center participates in several city-wide annual events by opening book stalls at the events. When invited, the resident Swami speaks to and conducts classes on Vedanta for various organizations and institutions locally and out of state.

Swami Ishtananda is the Spiritual leader and Minister of The Vedanta Center of St. Petersburg in Saint Petersburg, Florida which is a branch of Ramakrishna Mission with India headquarters at Belur Math, West Bengal, India. He came in contact with a North Indian monastery of the Mission at an impressionable age in 1967. He joined the monastery at its main temple in 1976 where he obtained the traditional monastic training, and also the final monastic vows in 1986. Living at the heart of the organization he benefited from closely coming in contact with many disciples of Holy Mother Sarada Devi and of other direct disciples of Sri Ramakrishna. He served the Mission in India at three educational centers from High School to Graduate College levels spanning activities from academic to administrative responsibilities. He joined the Vedanta Society of Southern California branch as Asst. Minister in charge of its San Diego branch in February 2000. He was very active in the Inter-Religious community there. He came to Florida in December 2007 about one year after the formal start of a branch of the Mission in St. Petersburg. Apart from conducting regular classes and services at the Center he travels extensively in the U.S. and abroad for preaching Vedanta. The Swami is available for private spiritual counseling to sincere spiritual seekers. 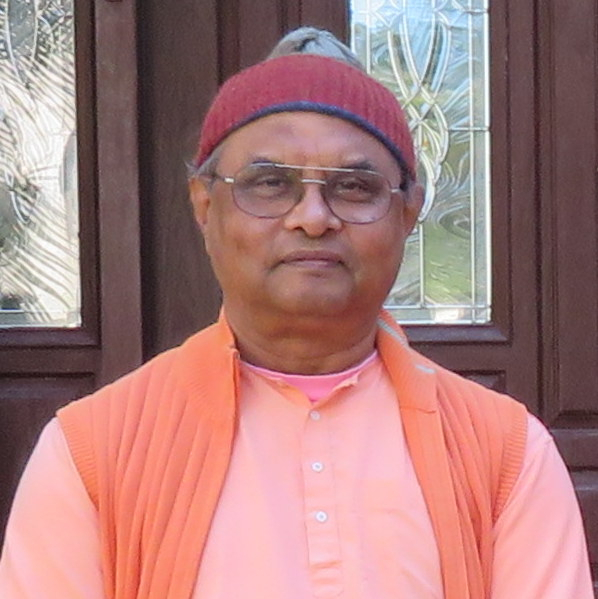